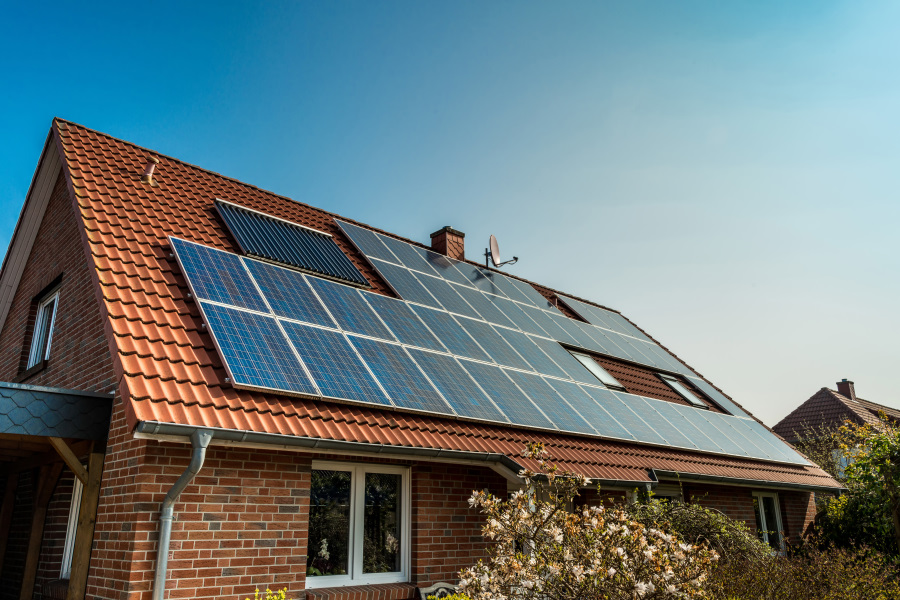 California has long been considered a trendsetter in environmental conservation, and it recently showed why. In May 2018, the state became the first state to require solar panels on nearly all new homes, the latest sign of how renewable energy is gaining ground in the U.S.

The California Energy Commission voted 5-0 to approve a mandate that residential buildings up to three stories high, including single-family homes and condos, be built with solar installations starting in 2020. According to a press release from the commission, these new requirements will reduce greenhouse gas emissions to the same degree as taking 115,000 cars off the road.

Nationally, wind and solar combined accounted for about 8 percent of U.S. power generation in 2017, up from less than 1 percent a decade ago, according to the U.S. Energy Information Administration. Natural gas is now the top fuel for electricity (due largely to fracking), accounting for 32 percent of power generation, compared with 22 percent a decade earlier. Coal’s share has fallen to about 30 percent, from 49 percent in the same time span.

Proponents of solar energy emphasize that while the mandate will raise the cost of building a home, it will also save homeowners money on energy bills. The California Energy Commission estimates that the standards will add $9,500 to the price tag of constructing a new home but save $19,000 in energy bills and maintenance over the course of 30 years. This is about $633 per year and means it would take a homeowner about 15 years to recover the extra cost of going solar.

To put this into perspective, the commission expects the cost of adding solar, when combined with other revised efficiency standards, to add about $30 to an average monthly payment on a 30-year mortgage. However, it estimates the investment would more than pay for itself, with consumers on average saving $50 a month on heating, cooling and lighting bills.

According to the environmental website, Futurism this California “law” is actually a set of standards, which mandate much more than just solar panels on every newly-raised roof. The 2019 Energy Efficiency Standards will also require new buildings to have better insulation and better ventilation and mandate energy-efficient upgrades to lighting for non-residential buildings. The standards also encourage “demand-responsive technologies,” such as battery storage systems and heat pump-based water heaters, which will allow residents to store electricity when they generate too much and use less energy on heating.

It is in this area of energy conservation where building materials can have a significant impact on solar-powered homes. The state of California and cities such as Miami passed these mandates to reduce energy consumption and thereby reduce carbon emissions and the greenhouse effect.

"To reduce energy consumption the residence must be more energy efficient," said Charley Voos of Acme Brick. "And this is where brick construction of solar-powered homes can play an important role."

Recent testing of common residential wall assemblies shows that a clay brick veneer on a wood-stud wall reduces the amount of heat transfer through the wall by up to 50 percent. This is better than fiber cement, vinyl or exterior insulation finishing systems (EIFS).

The reasons for the energy efficiency of brick construction are often overlooked. This proves the wisdom of the old adage that "a little knowledge is a dangerous thing."

"Many homeowners have heard about the R - value in a wall and its relationship to the energy efficiency of the structure," said Voos. "Other materials in a wall have an R – value as well. And while the R-value of clay brick alone is consistent with other standard cladding materials, walls that include clay brick veneer can contribute even more to energy performance due to two unique attributes: thermal mass and air space."

According to research presented by the National Brick Research Center, at Clemson University, thermal mass provides the capacity to absorb and store heat, thereby slowing heat movement through the wall.

"As a mass product, clay brick stores a large quantity of heat before releasing it to the cooler side of the wall after a period of time," said Voos. "This storage results in decreased energy costs because the HVAC system runs less frequently and operates in off-peak hours when energy costs are lower.

"Homeowners who build with brick and solar energy will benefit exponentially. First, this solar energy source is reducing demand for electricity from power plants because the home is generating its own power.  Plus, the thermal mass of brick slows the heat transfer, compounding this benefit and saving even more money on utilities."

It has been recognized for centuries that homes and buildings built from brick provide more thermal benefit than can be attributed to the insulation in them alone, although many homeowners are not sure exactly why this is the case.

"The air space behind the brick veneer serves as an insulating layer in the wall assembly," Voos said. "Even though the air space is connected to the outside via ‘weeps,’ research has shown that the air movement is negligible and can be attributed to the buoyancy of the air as it is heated (hot air rises).

"In a brick home that is powered by solar energy, this air space found in the wall assembly essentially acts like another layer of insulation and reduces the movement of heat. consumption.

"While a standard brick veneer wall assembly will outperform other construction materials, there are additional factors that solar-powered homeowners should consider. Areas of windows, insulated glass and a well-detailed air barrier along with wall insulation will consistently save energy. Another interesting brick building strategy involves adding a minor increase in the thickness of foundation wall, which will allow continuous insulation to be added to the air space without decreasing the interior space or exterior appearance."

While not every economic expert agrees with the advantages of the new residential solar mandate in California – for example, some feel "solar farms" are more efficient than individually powered homes – the state has an enviable record for economic growth. It has been reported that California’s economy is the fastest-growing in the nation, performing better than the U.S. economy altogether. However, in recent years, California’s growing economy has been "decoupled" from its emissions: between 2000 and 2014, the state’s CO2 emissions dropped by 6.3 percent even while its economy increased 28.2 percent.

This scenario is not lost on the other 49 states, and there is every reason to expect future residential solar mandates to emanate from regions with higher sunny day ratios. If/When that happens, brick construction will be an important part of that trend.