Iconic college campuses each have a distinct look and feel about them. In many cases, the personality of the buildings and landscape of these schools have evolved over hundreds of years and they help to build a strong emotional bond that is permanently etched in the minds of current and former students.

For graduates of Texas Christian University (TCU), in Fort Worth, Texas, these cherished memories of time spent in this inspirational setting - where life goals and friendships originated - are triggered by a unique color and texture of the exterior facade of these structures. It is appropriate that, starting from the very beginning of this campus, the construction material of these buildings - the brick - was mined and forged in central Arkansas.

Even today, when architects present their drawings for lecture halls, theatres and athletic facilities to the TCU Board of Regents, they proudly call on the strength of the brick that has been manufactured by Acme Brick since the first building went up on campus.

More Than a Century of Acme Brick on Campus 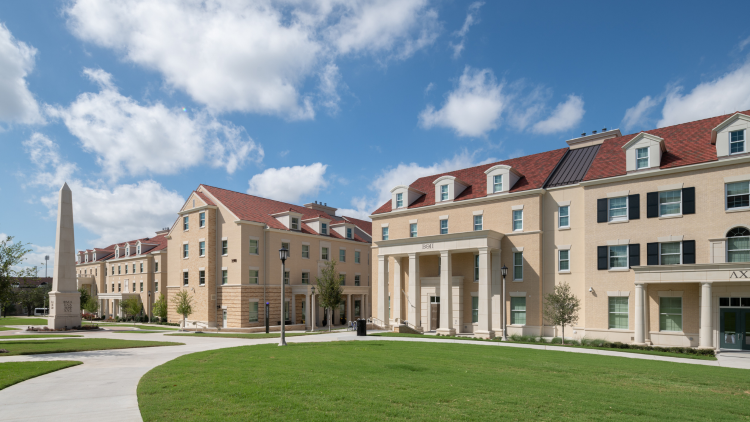 In his feature article published by the TCU Magazine in 2020, entitled “The Story Behind an Iconic Brick Color,” writer Zack Martino explained the significance of the brick that helped build the brand of this internationally known university.

“When fire destroyed the main building on the (then) Waco campus in 1910, TCU considered four suitor cities before choosing Fort Worth. Gene Smith, professor of history in the AddRan College of Liberal Arts, said the four original Fort Worth campus buildings were “constructed out of reinforced concrete and brick … because it didn’t burn.”

“Smith theorized that the ‘buff’ brick (which became the de facto brick choice for future) first came from an industrial center in Thurber, Texas, roughly 70 miles west of Fort Worth, that supplied materials for many other local buildings in that era.’

Since it was founded in 1891, Acme Brick was in the right place at the right time, with the perfect product for TCU.

This practical decision to use readily available brick from a company that mined the clay from Arkansas soil and then baked it in a local kiln at temperatures exceeding 2,000 degrees, proved to be monumental. Acme Brick became an integral part of the university’s aesthetic.

The Hue and Cry of Horned Frogs

The former and current students in the history classes at TCU can appreciate the synchronicity of the relationship between the university and the company that has been a part of the school’s visual history. In fact, the current president of Acme Brick, Dennis Knautz, is a Horned Frog himself completing his undergraduate and MBA studies among the hallowed halls of TCU!

According to the TCU Magazine piece Knautz reassures his fellow alumni explaining, “A new TCU building can require 200,000 bricks, but the supply won’t run short any time soon, as Acme has 30 to 50 years of raw material available.” 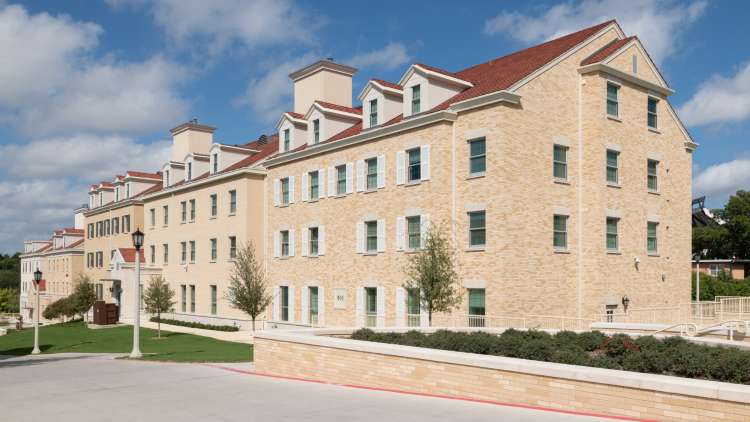 In the article, Todd Waldvogel, associate vice chancellor for facilities and campus planning, said the fluctuation in brick color — the tans, creams and beiges — harkens to the early days of construction when a kiln changed the brick’s color, adding warmth and depth.

Since then, the brickmaking process and kiln technology have evolved, but TCU still relies on intentional changes in hue to keep a universal feel among buildings. The current recipe involves drilling, mixing, drying and heating, a process that changes the chemical composition of the clay, something Knautz likened to turning sand into glass.

Martino’s article continued, “All but a few buildings match the original core, and the three colors of brick currently used on campus ‘are adjusted to match the original,’ Waldvogel said. When constructing buildings, he said, his team at the physical plant uses different mixes of brick to give each building or area a singular feel.

“The brick and color express a sense of place at TCU, Waldvogel said. The former U.S. Air Force civil engineer approves the building mock-ups created by his design team, and even the grout (which accounts for about 15 percent of the wall’s color) is a deliberate decision.”

Building on its success with TCU, Acme Brick has also helped other universities such as Texas Tech University, Baylor University, and The University of Texas at Austin build structures of timeless strength and beauty. If you work in facilities management or design for a college, high school or other educational campus, click here to see if we can help you build a future that students will never forget.